skip to main | skip to sidebar

i am: covered in spots
i think: I am going out of my mind
i know: I have chicken pox
i want: to stop itching
i have: Benadryl
i wish: I was kidding
i hate: that I can't reach to scratch
i miss: the fellowship this Sunday
i fear: it will spread to more unreachable spots
i feel: itchy
i hear: my husbands laughter
i smell: Calamine lotion
i crave: a comfortable sleep 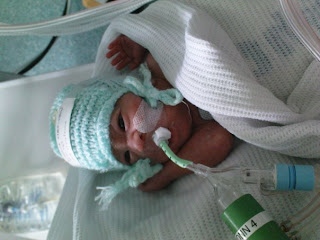 Just wanted to update you on my 2nd cousin Angelina
As you recall I posted she was very premature.
She is now a whopping 2pounds 7ounces.Her eyes are now open and the palms of her hands are about the size of the ball of your thumb. I am picturing how tiny that is.
Yesterday her parents got to hold her for the first time. She is now 6 weeks old.
I can only imagine the excitement.
However she needs to have surgery on her heart as there is a flap that hasn't matured and her oxygen level is not on par,this surgery will help the blood flow and restore her oxygen levels to normal. The doctors are also going to put her on steroids to help her lungs.
Maria her mother has had a set back and is suffering from more than post partem depression. She is suffering from psychosis.
Her moods are very eratic and she is becoming paranoid.
I ask that we pray for Angelina for a successful surgery and that Maria heals mentally and that the Lord bestows the utmost of patience to my cousin and Maria's husband Mathew.
Thanks for your prayers.

CAUTION: May Cause Flashbacks

What you are about to see is a re-enactment of what can happen while celebrating on the Bouquet.
I have witnessed first hand the after effects of this drug on a friend while sitting in church today.
After effects of this drug can be passed on to others if sitting within close range of the affected.
This may cause chronic giggling and eccessive toe tapping.
Major risk factors You'll be humming songs like this till someone in your household yells STOP IT. Hahahaha

Happy Anniversary Amy
Next year Let's Groove Tonight.
By the way they sell these shoes at Aldo.
I think Mike and Steve would look great in them but first we have to be high on the bouquet to appreciate them (The shoes that is)

The Day God Dropped His PaintBox 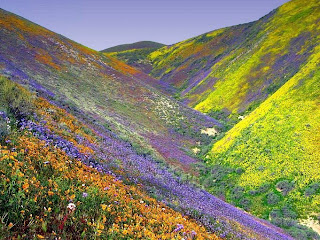 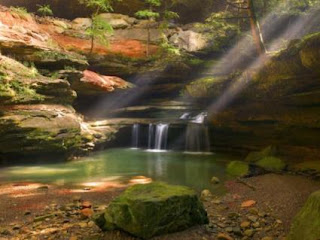 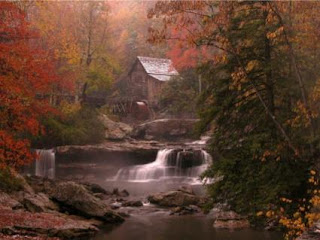 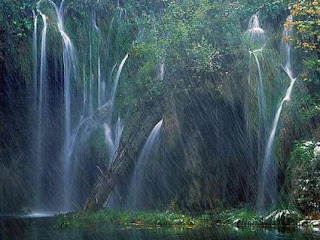 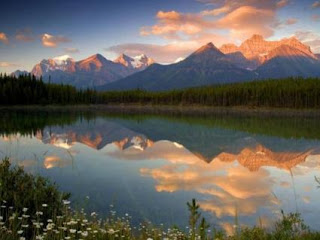 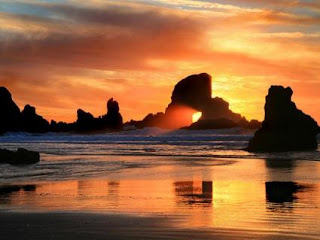 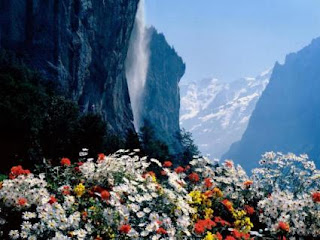 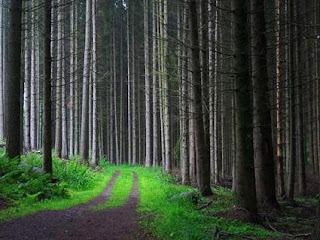 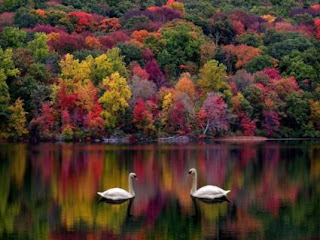 This is so Steve and I.
Today is our 25th Anniversary
God has blessed me with a husband that has
A wonderful sense of humour
The patience of Jobe (when it comes to his wife)
A forgiving heart
and Unconditional Love

Thank you Father for protecting us over this past 25 years from the ways of this world,for holding our hands through good times and bad and mostly for blessing us with 3 Beautiful children. 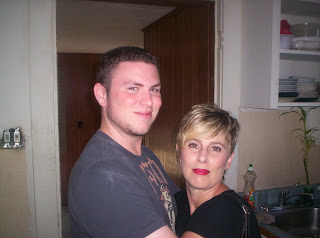 It was 2:21am May 15,1988 when I awoke with a sudden twinge in my back. I got up went to the bathroom and headed downstairs. I was in labour.
However silly me didn't think so even though my due date was the prior week and I could feel no contractions in my stomach.
Just another annoying backache I suspected.
So I made myself a cup of coffee pulled out the heating pad and lied down on the couch,only to arise within minutes.
Nothing was making me comfortable.
I didn't want to wake my snoring husband and middle son Mike, he was 3 at the time.
Fortunately my eldest Liane went to the cottage with her Uncle to spend the night with my inlaws.
3am and I was pacing still thinking it was a backache.
I started to do the dishes and clean up the kitchen from dinner as I was too tired earlier to do so.
After that I laid on the floor trying to stretch my back out to no avail,still not thinking I just may be in labour.
You see my others were frontal labours and this was no where near the front but all in my back.

Did you know in 1988 at 4:30am on channel 9 The Waltons were on?
By 5am I was hating the fact that those little brats were wishing each other a goodnight. Just shut up for petes sake and go to bed.
Irritability had set in.
By the way Who names their kid Johnboy?


I yelled for Steve to wake up and proceeded to call my brother-inlaw (who was a block away)to come over and watch my lovely 3 year old.
32 rings and that bleepin brother-inlaw still wouldn't pick up.
"Later he said I don't pick up that early in the morning"

Steve finally awoke only to discover Mike had wet the bed so he had to wash my poor little sleepy man up and get him ready.I called my father as he was my labour coach.
It was now 5:30 in the morning.
Dad lived in Bayside.
Steve came down stairs with sleepy child in arm and said ok lets go.
I wanted to wait for my Dad but Praise God for better judgement and a huge jolt in my back.
Steve was anxious and started to yell come on and that is when I grabbed him by the front of his jacket,he thought I was going to yell at him and began to appologise profusely.
That was not the case I fell to my knees and began to push.
The look on Steves face was priceless.
I had to let my father know I was leaving so I left a note on the door in Lip liner as I couldn't find a pen. ( even back then I had a lipliner in my purse,handy little things.)
Out the door we go Steve drops the keys to the car and starts to panic then the car wouldn't start.
He turned to me and called me a name to which I responded with a laugh saying I haven't heard that curse name since 1977.
Oh he was so scared.Me I couldn't stop laughing.His face was priceless.
By time we got the car started we arrived at the hospital at 5:45am,Steve ran to get a nurse and she sauntering out to the car opens the door and says "So your husband says you are in labour" She's obviously seen pannicced husbands before.
To which I reply the heads out.
She ran for a doctor (another priceless look)
Now picture a 3 year old hanging over the back seat sayin Mom are you having the baby and is Dr. Fry gonna be there?
I didn't want to yell and stayed calm and replied yes Honey.
Next thing I know Dr. Truman was at the car door,I tried to swing my legs out only to have him push me back ,head under steering wheel and pants to my knees.
Still hearing a young boy with curiosity in his voice asking if Dr.Fry was coming.
I can't see my husband all I can see now was Dr. Truman grabbing the ambulance attendents gurney.
At this point I was no longer laughing but keeping my eyes on my son and soothing him so he wouldn't get scared and cry.
God does give us strength in moments like these cause I wanted to yell get this thing out of me NOW......
I see the attendents and they worked with my dad and all I see is Ian McCullough looking in and then looking down and he says Hi Maureen How you doin?
Great I replied kinda busy we should have coffee sometime?
No time to be humiliated.Pants at my knees dads friend could this get any funnier?
The next voice I heard was Bill another attendent asking Mike if he wanted puppies?
I saw Steve but briefly as they wheeled me up to the maternity ward and was crying out I am sorry my waters broke on the front seat of the car,don't be mad.
He wasn't
Next thing in comes Dr. Birchard (he delivered my 1st Liane)and said Ok momma lets do this. I began to push and start to hear the nurse yell you can't come in here.
Dad had arrived wearing the sweatshirt I gave him that said Labour coach.
I yelled Back it's my dad and my labour coach.
He made it for the last couple of pushes,Steve was still downstairs filling out paperwork as dad ran by him.
At 6am (yes ladies 15mins since arival) I gave birth to a 23 inch 8lb 12.5 ounce baby boy.
David Gordon Gilbey
And tomorrow he turns 20 May 15th.
Happy Birthday Dave
Dave loves this story as do I and I just wanted to share contrary to popular belief there is humour in giving birth.

Labels: The joy of Labour 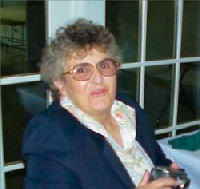 Labels: For My Mom

American Bandstand I am Not 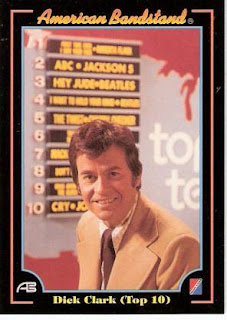 Ok all you 70's gals
Just to let you know that my blog is not affiliated with American Bandstand.
There is no Top 10 or Rate a Record.
So where did this rating thing come from at the bottom of each posting?
I have no idea!
and I don't know how to get rid of it.
I know you will all want to say I like the beat and it's easy to dance to,I give it a 70 Dick!
but unless your name is Peaches there really is no need to rate.

Labels: I loved that show

To all my Fellow bloggers I wanted to share with you a new Blog
A Lions Heart
This blog is for our Junior Highs to share their life and exeperiences with you and others.
I will be monitoring the postings and any outside comments.
Check it out and feel free to post a comment.
I am sure it will be a few days before our brave young Daniels will post anything so keep peeking in on them.

Looking Forward to seeing the world through a childs eyes.

A Song For Holly's Garden